Delaney : "Blatter Is An Embarrassment"


FAI Chief Executive John Delaney has branded Sepp Blatter an embarrassment for his behaviour after the Republic of Ireland were controversially beaten by France in their World Cup Qualifying Play-off.


Blatter stung Irish pride by laughing when he revealed Ireland had sought to be included in the World Cup as a 33rd team in the wake of the 'hand of Henry' incident.
Speaking to Des Cahill at the RTÉ Sport Awards on Sunday night, Delaney said: 'I think the way the president of FIFA behaved was an embarrassment to himself and an embarrassment to FIFA.' 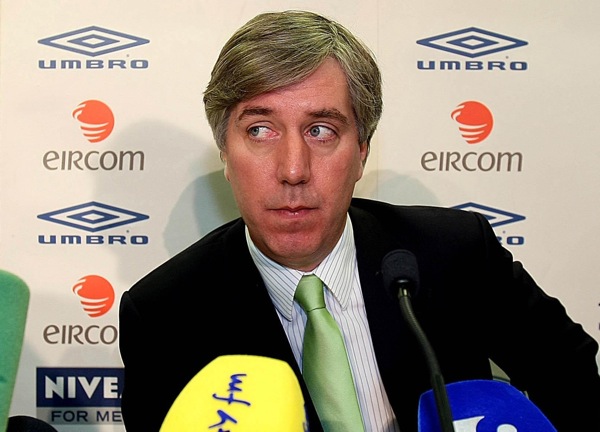 Delaney also revealed that the FAI had turned down the chance to receive an award from FIFA, but had accepted an offer to play Brazil.
He said: 'Tomorrow night there is an awards ceremony and they have offered us a Fair Play award. We've respectfully declined.'


In an effort to give Ireland partial redress for the controversial exit, Ireland will play Brazil in March in either Dublin or the UK.
The Emirates Stadium and Old Trafford are among the venues being considered, with the FAI set to try to maximise revenues from the game after losing out on the cash windfall that would have resulted from World Cup qualification.


Croke Park is available for the fixture, which is expected to be played on 3 March. However, with Six Nations rugby on at the same time, playing the fixture could create problems at the Hill 16 end, which is seated for soccer but usually a terrace for rugby matches.
You must log in or register to reply here.

Thinking Outside The Box!