TK Supporter
Gennady Golovkin and Canelo Alvarez will face each other in a much-anticipated rematch on May 5.

Golovkin (37-0-1, 33 KOs) and Alvarez (49-1-2, 34 KOs) could not be separated by the judges after their world middleweight title bout on September 16, although the final decision was booed by the crowd at the T-Mobile Arena - with many favouring the work of the undefeated Kazakh.

The pair will face each other again on the Mexican national holiday of Cinco de Mayo for the WBA (Super), WBC, IBF, IBO, The Ring and vacant lineal middleweight titles, with the venue still to be announced.
Alvarez has vowed to knock out his opponent when the two meet later this year.

"I'm delighted to once again participate in one of the most important boxing events in history," said the Mexican. 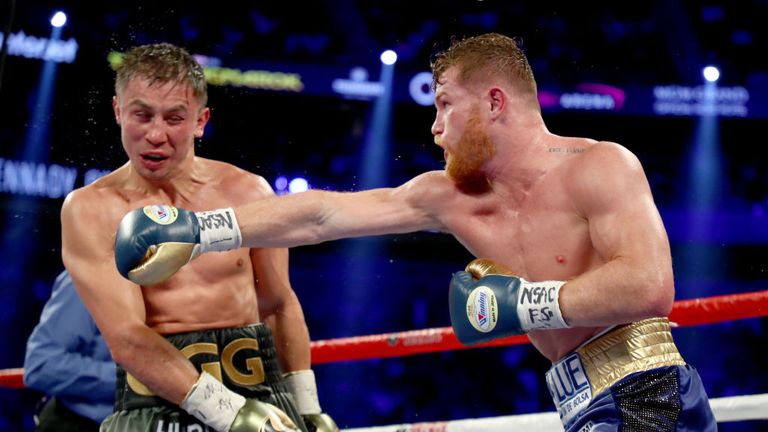 The pair's previous meeting ended in a controversial draw
"This second fight is for the benefit and pleasure of all fans who desire to see the best fight the best. This time, (Gennady) Golovkin won't have any excuses regarding the judges because I'm coming to knock him out."

Golovkin insists he deserved to win his first bout with Alvarez and has vowed to set the record straight this time round.

"I didn't agree with some of the judges' decisions in the first fight. This time there will be no doubt. I am leaving the ring as THE middleweight champion of the world."

Thought this would get a rematch and cant wait for a proper slugfest but think GGG will still win but i aint risking any money on it because you just never know nowadays ::

Will this fight clear on a cable line as its on bt sport ppv? i know sly box office sd clears but not itv box office, I see in my bouquets under the red button section there is now a BT sport events on there.

ngmassive said:
Will this fight clear on a cable line as its on bt sport ppv? i know sly box office sd clears but not itv box office, I see in my bouquets under the red button section there is now a BT sport events on there.
Click to expand...

Depends if your provider provides it then yes if not then no but will be available on iptv I should imagine
You must log in or register to reply here.

Whyte vs Povetkin 2 is on

The Mob And Boxing

Holyfield vs Tyson 3 on the cards?
2