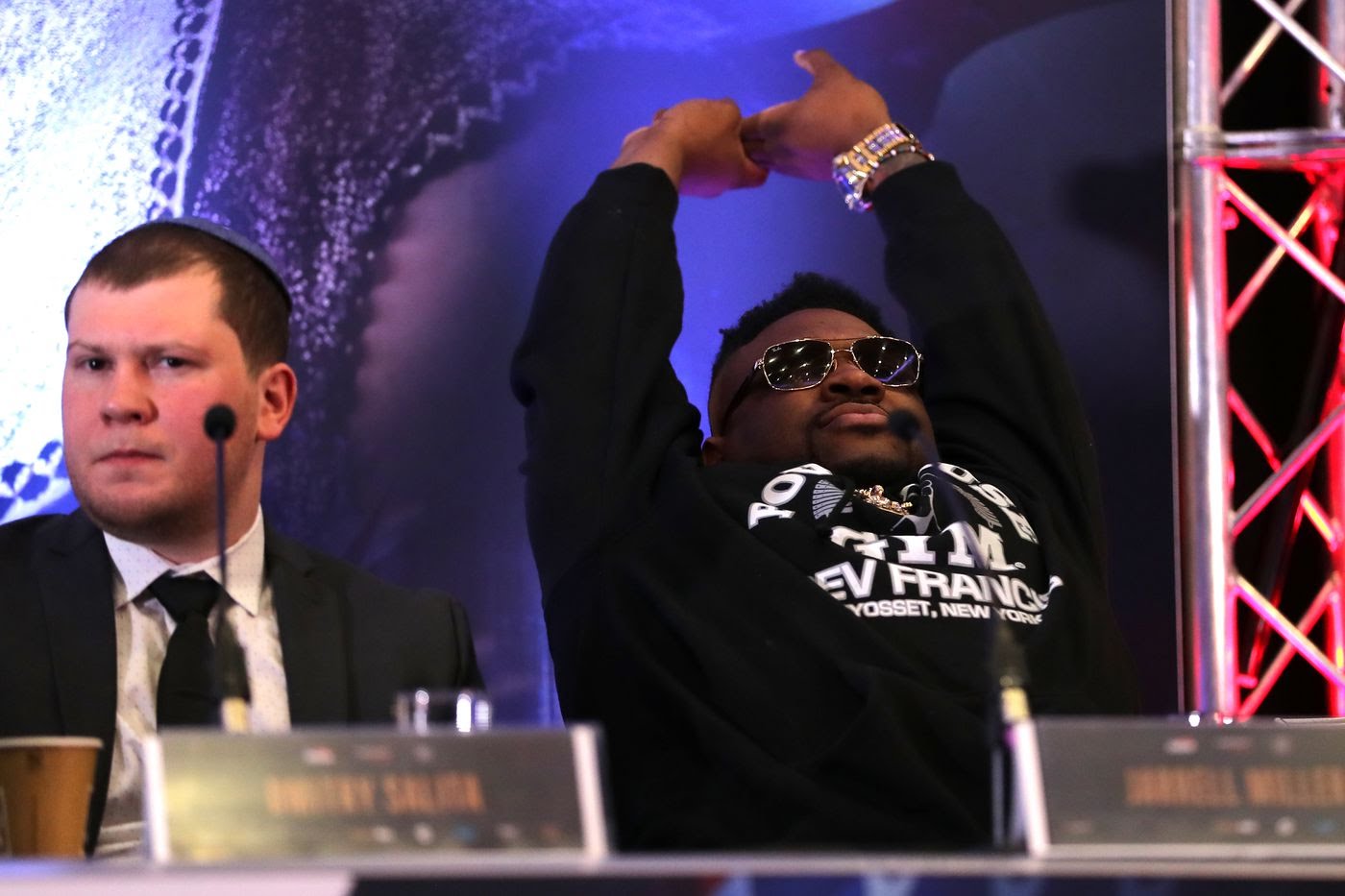 The drug test was administered by the Voluntary Anti-Doping Association (VADA), not by the athletic commission, so Miller’s status is very much up in the air with just six weeks to go before fight night. If Miller is pulled from the event, he stands to lose a $6 million payday to box one of the biggest stars in the sport. This is some story considering he accused Joshua of PED use during their first press conference.
As for the substance in question, GW1516 is also known as GW501516 or Endurobol on the black market. The World Anti-Doping Agency released this statement in 2013 warning athletes about the use of this substance, which is considered dangerous and has even been linked to causing cancer.

It has come to WADA’s attention that the black market substance GW501516 is being sold to and used by some athletes.
The side effect of this chemical compound is so serious that WADA is taking the rare step of warning “cheats” to ensure that there is complete awareness of the possible health risks to athletes who succumb to the temptation of using GW501516 for performance enhancement.
GW501516 was a developmental drug that was withdrawn from research by the pharmaceutical company and terminated when serious toxicities were discovered in pre-clinical studies(please see page 185, abstracts 895 & 896).
Clinical approval has not, and will not be given for this substance.
However, GW501516 has been available for some months on the black market, through the Internet and elsewhere. Anti-Doping authorities have already seen its use by athletes, as there are a number of positive cases.
Click to expand...

Well that’s not very good, is it? Endurobol is listed as a Selective Androgen Receptor Modulator, or SARM. That puts it under the same category as ostarine, which multiple UFC fighters and boxers have failed for in recent years, including Alexander Povetkin and Tom Lawlor.

This isn’t Miller’s first drug test failure, either. He was suspended for nine months by the California State Athletic Commission (CSAC) after he popped for methylhexaneamine while kickboxing for GLORY in 2014. The man known as “Big Baby” has weighed as heavy as 315 lbs in recent boxing matches, and GW1516 is listed among PEDs that help burn fat and boost one’s metabolism.
In case you’re wondering, that’s now half of Ring Magazine’s current top-ten heavyweights who have failed a drug test in their careers. The other four are Dillian Whyte, Alexander Povetkin, Luis Ortiz, and Tyson Fury.
Joshua’s promoter Eddie Hearn says Joshua will still fight on that date, whether it’s Miller or not.

Yeah too rite.
Whos next in line if he is not allowed to fight

rs500nutter said:
Yeah too rite.
Whos next in line if he is not allowed to fight
Click to expand...

Like watching AJ fight think I could take him.

Let it go ahead so AJ can end Miller's career. He's a bloody joke.

Anyone know if the fights being showed on VM servers?

Ah, cheers for the heads up lads

TK Supporter
He's only fighting someone they found in the KFC queue, the Miller fight was never on, the whole thing is a stupid farce

pabloescaban said:
He's only fighting someone they found in the KFC queue, the Miller fight was never on, the whole thing is a stupid farce
Click to expand...

Yes I agree. The fights we should be seeing is AJ, wilder, Fury, and I’d also put Dillon white in the mix as he’s massively improved. Oh and Dave Allen deserves a shot at a big pay day. He’s last few fights have been really good

Zakutd said:
Yes I agree. The fights we should be seeing is AJ, wilder, Fury, and I’d also put Dillon white in the mix as he’s massively improved. Oh and Dave Allen deserves a shot at a big pay day. He’s last few fights have been really good
Click to expand...

TK Supporter
Cant believe Fury fight is ppv, anyone that pays £20 for that must be a real die hard Fury fan, or they need their head examined, one of the two, or both.
You must log in or register to reply here.

Been using x3m for a bit and noticed

TCL TV anyone any experience?
2

❓Activating TiviMate on a device

Tiles been blown off wind speed in excess of 80mph